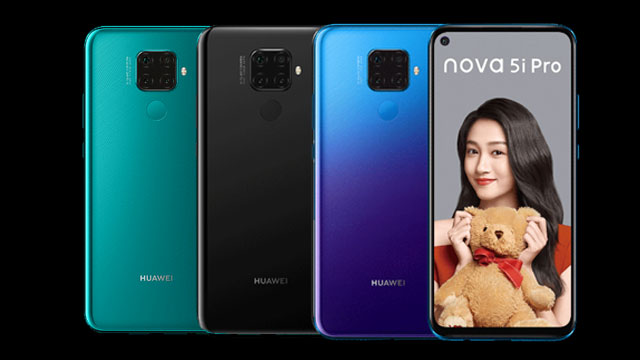 Speaking of the specifications of Huawei Nova 5i Pro, glass panels are used in front and back. It has a 6.26 inch full HD Plus displays with a punch-hole design. Its display’s aspect ratio is 19.5: 9. The phone comes with two RAM options 6GB and 8GB. It has 128GB and 256GB of onboard storage. Increase its memory through a hybrid SIM card slot. The phone has been launched with Midnight Black, Arura and Emerald Color Option.

Talking about camera features of the phone, a quad-camera setup has been set up on its back. Its primary rear camera has been given 48 megapixels. In addition, it has an 8-megapixel depth sensor. The phone has a dedicated microsensor and a telephoto sensor. Its front has a 32-megapixel punch-hole selfie camera. Camera specifications Meet Huawei’s All Brand Honor’s launch last week’s flagship smartphone Honor 20. It uses EMUI 9.1 based on the Android 9 Pie operating system. In addition to this, it has been given the GPU Turbo 3.0 onboard feature for Gaming Experience.