These days the youth have a crazy earphone with wireless Bluetooth Neckband. While jogging in the park, traveling from youth to metro, people can see people with Bluetooth Neckband earphones. Many electronic devices and accessories manufacturers sell such neckband and Bluetooth speakers for the youth in India. Today we have brought you a review of the Wireless Bluetooth Earphone of Sound One company. In this, we will tell about its sound quality, battery backup, comfort level, etc. After using this Bluetooth earphone for several days, this review has come for you. 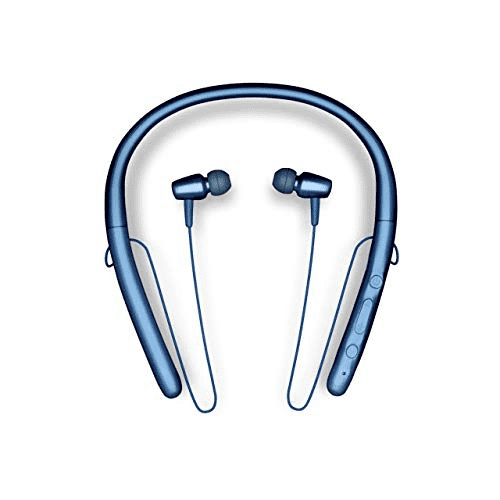 Like a common wireless Neckband Bluetooth, its look and design have been traditionally given. In this, there is a Round Neckband on which the earpiece has been fitted in both sides. Charging jacks and batteries are provided on the right side of its neckband. Whereas, all the functional buttons are given to you on the left-hand side. With this functional button, you also have a memory card slot on the left, in which you can insert the microSD card. In the case of design, it seemed to me perfectly. Generally, the Neckband of Bluetooth earphones comes similar, they have a similarity. 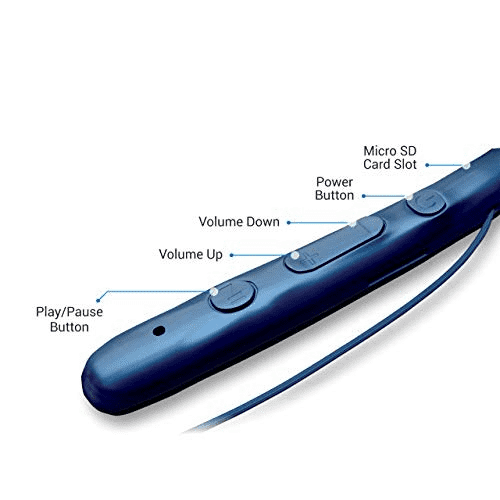 The weight of this Bluetooth Neckband is 109 grams, which is not so much. However, you will surely feel that you have put a leash in your neck. The most important thing about this Bluetooth Neckband is that it is sweat proof. It has got an IPX5 rating which does not allow sweat to reach the inner circuit. Because of which the chances of the spoiling of its internal component are low. 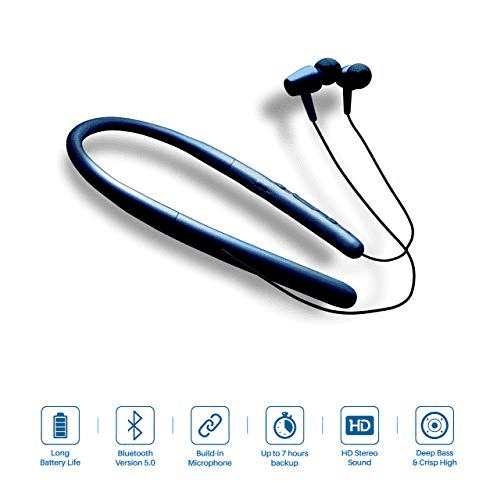 Speaking of connectivity features, Bluetooth is available in version 4.2. With which you can connect your PC, smartphone, tablet, etc. Apart from this, you can also listen to your favorite songs via MicroSD card.

On the left side, three functions have been given. It has the power button on top of which you can turn it on or off. Also, you can use it to connect to the device. The volume is just below the power button, which is used to make the volume up or down. Also, you can also change the song through this. To change the song, you have to press the volume long. At the bottom is a play or pause button that can be used to play or pounce any song. You can use the power button to manage calls. With this functional button, an LED light is given which charges the battery and blinks after the device is connected.