After releasing the retail box teaser, some photos of Xiaomi Mi Max 3 have surfaced on the Internet, with information about bigger handset battery and dual rear camera setup. These photos also revealed the location of the fingerprint sensor in the phone. By the way, I have not found any evidence about the battery capacity of Max3, whereas the old claims are about 5400 mAh battery.

This handset was listed on the Chinese certification site TENAA last month. The photos used here showed that this phone will come with a Metallic finish build and a thin bezel display. Given that Xiaomi Mi Max 2 was launched in July last year. We can expect the upgradation of xiaomi Mi Max 3 to be launched in July, which has been confirmed by the company as well. 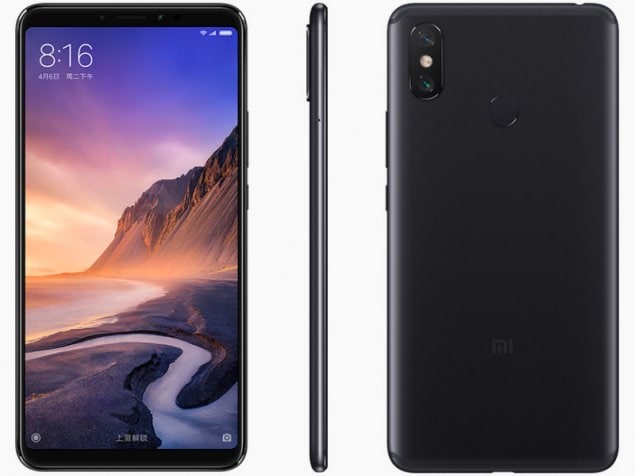 These photos are shared by SlashLeaks. The last part of Mi Max 3 looks like this. Like xiaomi Me Max 2, there is a matte back panel where the LED flash is available with a fingerprint sensor and dual rear camera setup. The old report claimed that a sensor in the dual rear camera setup would have 12 megapixels.

Apart from camera setup and fingerprint sensor, we have got a glimpse of the big battery pack. This alleged picture of Mi Max 3 does not confirm battery capacity from anywhere. However, the old report speaks of a 5400 mAh battery in the phone.

Last month, three models of Shaomai Me Max 3 were listed on TENAA. Speaking of the specification, this phone will come with Android 8.1 OREO and 6.9 inches full HD + (1080×2160 pixels) display which will be 18: 9 aspect ratios. The octa-core Qualcomm Snapdragon 636 processor is expected to be used in the handset. The claims have also been made about the Snapdragon 710 processor. There will be three options based on RAM and storage – 3 GB RAM / 32 GB storage, 4 GB RAM / 64GB storage and 6 GB RAM / 128GB storage. Apart from this, MicroSD card support will be available to increase storage in all variants. A variant of the phone will have a 5-megapixel selfie camera, while the rest of the models will be equipped with an 8-megapixel front camera.

On the other hand, Xiaomi informed that Mi Max 3 will be launched in July. The CEO of the company Lei Jun was the official author of this phone’s retail box picture.