During an event in New Delhi, Vivo has launched its X21 smartphone. The biggest feature of this smartphone is its In-display fingerprint scanner. That is, the fingerprint sensor is given inside its 3D display. This is the world’s first company to create such a smartphone with this unique feature. Its price in India has been kept at Rs 35,990. Customers will be able to buy it from May 29. For customers, these smartphones will be available exclusively on Flipkart. As a reminder, it was launched in China in March.

In China this smartphone was landed in the name of two variants Vivo X21 and Vivo X21 UD. However, the Vivo X21 UD with under-display in India has been called Vivo X21. As a launch offer, 5% cashback is being given to SBI users on credit cards. Also, no-cost EMI option will be available on all credit cards for 12 months. 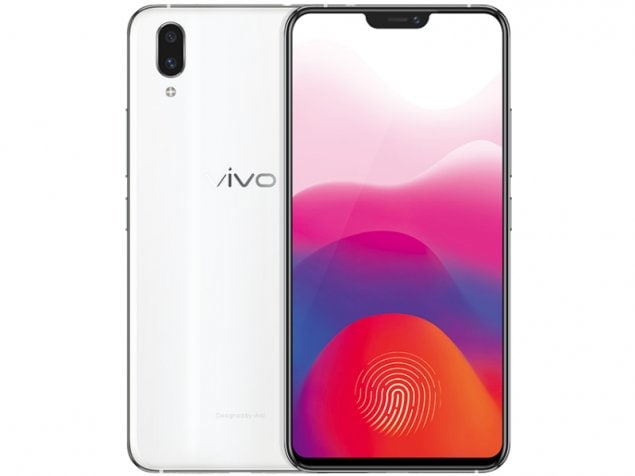 Talking about the camera section, the dual camera setup has been given in its back. Its first camera is 12 megapixels and the second camera is of 5 megapixels. It has also been provided with LED flash. On the front there is a 12-megapixel camera for selfie. Artificial Intelligence-based features are also given in its camera.

The Face Unlock feature is also offered in this smartphone. Along with this, the AK4376A Hi-Fi chip has been included for improved audio experiences. In terms of connectivity, it has 4G LTE, Wi-Fi 802.11 a / b / g / n / ac, Dual-band Wi-Fi (2X2MIMO), Bluetooth v5, GPS and microUSB support. This smartphone runs on FunTouch OS 4.0 based on Android V.8.0 Oreo. It has a battery capacity of 3,200mAh.